As we move towards the spring months, so too do the palates of many craft drinkers to more lighter, more refreshing fare than the dark Belgians and Imperial Stouts that dominated the cooler months. I’d like to take some time this week to highlight some interesting and fulfilling styles that are sure to please many and also help beat the heat that comes with the approaching summer.

Berliner Weisse and Gose – These styles are personal favorites of mine. Until recent years, there were very few breweries worldwide that still made these historic styles. They are old German styles of wheat beers that are fermented with Lactobacillus, the probiotics used in many yogurts. It lends lactic sour notes and a characteristically refreshing finish. The Gose style is also brewed with sea salt. Typically low in alcohol, these brews serve as session ales and go down smoothly. While traditionally served with sweetened syrup on the side (to help balance the tart acidity), many brewers, particularly Floridian brewers, are making these styles with bright fruit additions, which serve a similar purpose. Such examples include: Anderson Valley The Kimmie, The Yink and the Holy Gose (along with a wonderful Blood Orange variation), Dogfish Head Festina Peche, The Brewery Hottenroth, Professor Fritz Briem 1809, Leipziger Gose, and Victory Kirsch Gose (and its subsequent variations).

Kolsch – Another old and classic German style that is a hybrid of sorts: an ale yeast that is cold-fermented and lagered. This yeast and process result in touches of fruitiness wrapped in a light, smooth and rounded body. They are easy drinking and generally appeal quite well to individuals with a proclivity towards light lagers. There are a few that receive relatively wide distribution: Reisdorff Kolsch, Ballast Point Yellow Tail Pale Ale, Saint Arnold Fancy Lawnmower, and Alaskan Summer Ale.

Session IPA – While American IPAs are the unquestioned champion of the craft-centric styles, the recent advent of their little brother, the Session IPA, is perfect for hop-heads that want their beloved lupuloides, but don’t want the often heavy handed nature of the standard IPA. These beers live up to their session moniker by essentially constructing a standard IPA recipe and then slashing the malt bill, resulting in low ABVs (usually sub-5%), and a light and clean body, while still providing bright and citric hop profiles. There are several brands that should be available to the majority of our stores: Founders All-Day IPA, Stone Go To IPA, Fat Heads Sunshine Daydream, and Lagunitas Daytime. 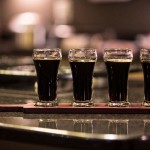 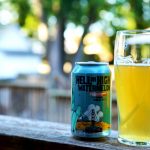 Next Story:
The Summer of Fruit